If you are a new player, you can follow this link to receive many cool rewards (a Mercenary companion, a Carmine Bullette mount, a Greater Bag of Holding, and a character slot, among other things).

There are a couple of bags you can get along the way :

You need to complete most of the quests in each region before getting the quest that rewards the bag. Do not miss these ! The only other way to get bags is to buy them from the Zen market (or the auction house), or during a couple of events (there's also one from Tiamat's Trials, and premium bags can also drop randomly, but they are a super rare drop)… and they are pretty expensive !

At lvl 10, Sergent Knox will give you a quest to teach you how to invoke your Deity. It is particularly important to do this on every of your characters at least once a day. It must be done in the area of a campfire, or in town. VIP lets you invoke your Deity wherever you want.

Invoking your Deity gives you an Ardent Coin the first time you invoke on each of your characters every day. Ardent Coins can be exchanged in the Vault of Piety (Options -> Store -> Vault of Piety), in the Ardent Favor tab. You can get the White Horse and the Medium Snowswift Horse mounts, the Angel of Protection companion, the Celestial Grace Dye Pack, weapons for every class (mostly used for appearance), and Elixirs that give different buffs for 1H. All of these can be exchanged, or sold in the Auction House.

The 1st and 6th time you invoke your Deity on each character, every day, you get a Celestial Coin. These coins are also exchanged in the Vault of Piety, in the Celestial Synergy tab. Buy Coffer of Celestial Artifacts with your Celestial Coins. These coffers have a small chance to give you a Coalescent Ward (which are used to guarantee an enchantment/artifact upgrade, only use them for things which have a 1% chance to upgrade). They can also give Enchanting Stones rank 5 (two of them if you open the coffer during a double refinement event !). Coalescent Wards are extremely important once you reach end game. These are bound to account, so you cannot sell them. If you invoke your Deity a single time every day, you will obtain about one coalescent ward per year, per character. It takes time, but having many characters and invoking once per day on every of them, is a pretty reliable way to get them.

Invoking your Deity also gives you experience points (XP), and bonus rAD (currency covered in the next section). You can actually gain 80% of a level if you invoke your Deity 6 times in a day (the 5th and 6th times give a lot more XP than the others). The bonus rAD is added to a reserve (capped at 150k), and each time you earn rAD, you'll get 50% more, from your reserve, until it's depleted.

And you'll get an Invocation Blessing each time, which, when used, gives you a small random buff for 15 minutes.

Starting at lvl 12, you have access to random dungeons, which reward Rough Astral Diamonds (rAD). You can refine up to 100k rAD to Astral Diamonds (AD), the main currency of the game. To refine your rAD, go to the menu -> Items -> Riches and click on the Rough Astral Diamonds line. They also automatically refine, if you forgot to refine them the previous day, but it's better to do it manually, and it won't refine more than one day worth of rAD.

The first random dungeon queue of the day rewards 5500 RAD, + 2500 if your role is in demand. Usually, tanks are in demand, sometimes healers. I think I’ve seen dps in demand only once, after playing for more than a year.

Eventually, you will unlock :

DO NOT go into Epic or Trial queues without looking at their strategy. They are not hard, but it’s easy to mess things up if you do not know what to do.

DO NOT go into Epic or Trial queues if your main stats are below 57k (this is achieved easily with an epic companion and proper bonding runestones and companion gear), you would only embarrass yourself and make things hard for others. Even then, there are dungeons which require better stats, like Lair of the Mad Mage (68k). Combat Advantage requires 50k more points.

Do all the queues available once a day (or more often if you feel like it, for fewer RAD rewards on completion but more chances for good loot), to cash in easy AD ! 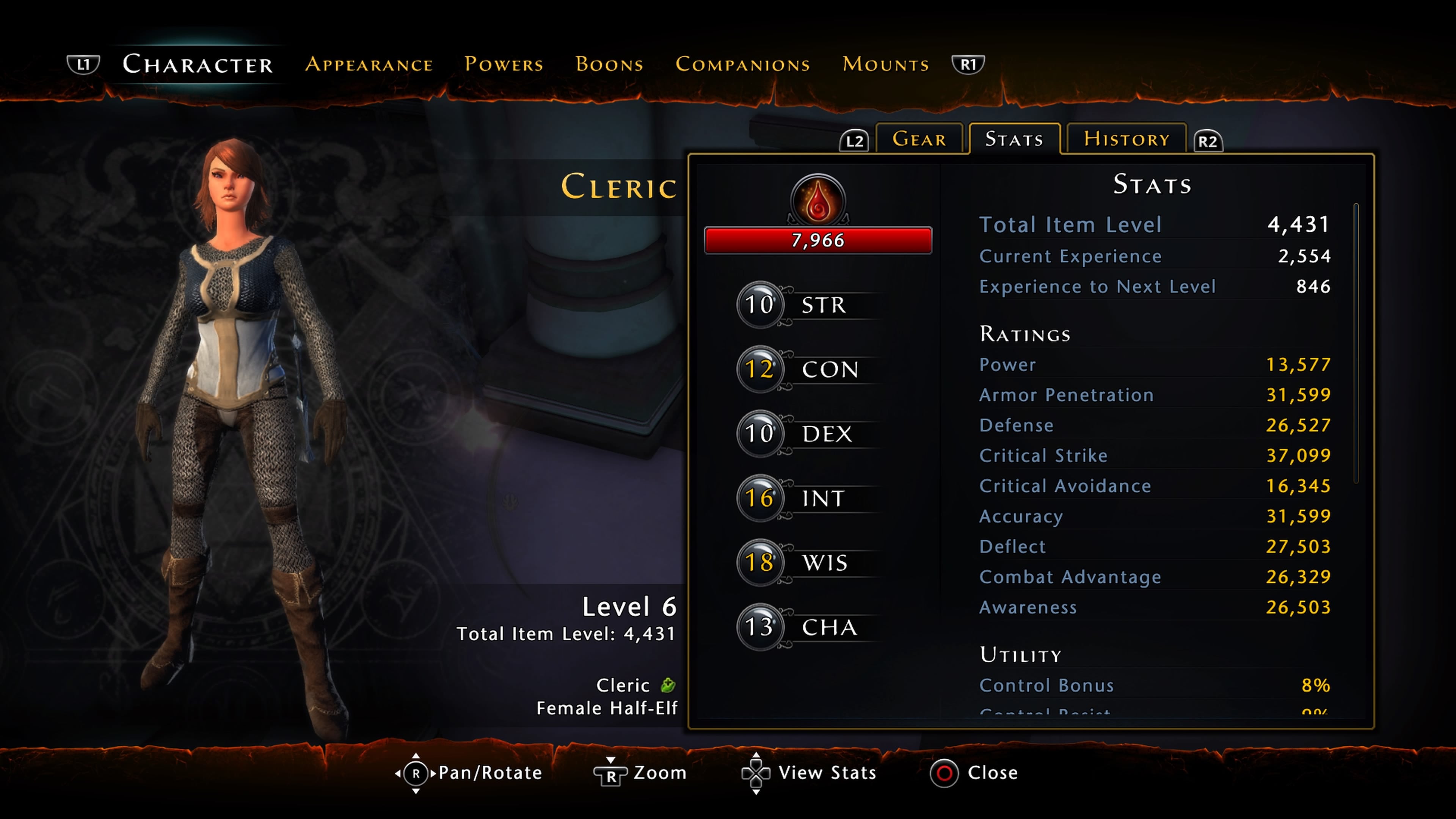 Now, you know how to make some AD. You will be able to buy a couple of things that will make your life so much easier !

Bonding runestones (refinement section in the auction house) are the most important items in the game until the big patch coming early 2021 (probably around February). They transfer your summoned companion's stats (including companion gear's) to you, and are the most important source of stat points in the game for now. They will be made useless with the next patch (they won't do anything anymore), but you will be able to exchange them for AD. So if you can find bonding runestones at a cheaper price or around the price you will exchange them for, get them for now. They will help your tremendously for the time being. Buy the highest rank possible, and do not sell them (you'd lose 10% of their value in auction house fees).

You can get very high level companion equipment (companion section in the auction house) with armor penetration, accuracy, and critical strike as main stats, and defense + 2 other stats as secondary stats. Prices can vary, so pick the items that work the best together for you. To search for them in the auction house, type in : charred, barbed, cracked, or imperial quartz. There are 3 different items with each of these names. Their stats will be transferred to you thanks to the bonding runestones.

Finally, you can buy a mount with the Wanderer’s Fortune insignia bonus. You need a Crescent, a Regal, and an Illuminated insignia to get this bonus. It will help you get Refinement Points (which you will need tons of once you reach level 80, do not upgrade anything until then).

At level 30, you get 2 loadouts and you get to choose your Paragon. You can buy more loadouts from the Zen Market (500 Zen each). On different loadouts, you can make different choices on :

Each loadout saves a different state of your character. All the items, mounts and companions you have are accessible on all loadouts, but you can set different ones as active for each loadout.

Paragon, Ability Scores, Boons, and Feats, are semi-permanent choices : you can change them but it requires a Retraining Token. You can get Retraining Tokens during certain events from time to time, or from the Zen Market (100 Zen each).

I strongly advise getting a damage dealer loadout for solo, even if you want to heal or tank in dungeons. This will make your progression much better, and healing/tanking are really not necessary in solo content.

Once you reach level 70, start the Undermountain campaign. It will make you reach level 80. Do not worry about the other campaigns, you’ll have time to do them later. In Undermountain, you’ll get the most important items in the game : good companion gear, and proper equipment to start endgame (+% damage gear mostly). Once you have them (and a good augment companion and high rank bonding runestones), you’ll be capable of going into Avernus, the mod 18 area (though you may need some help at first).