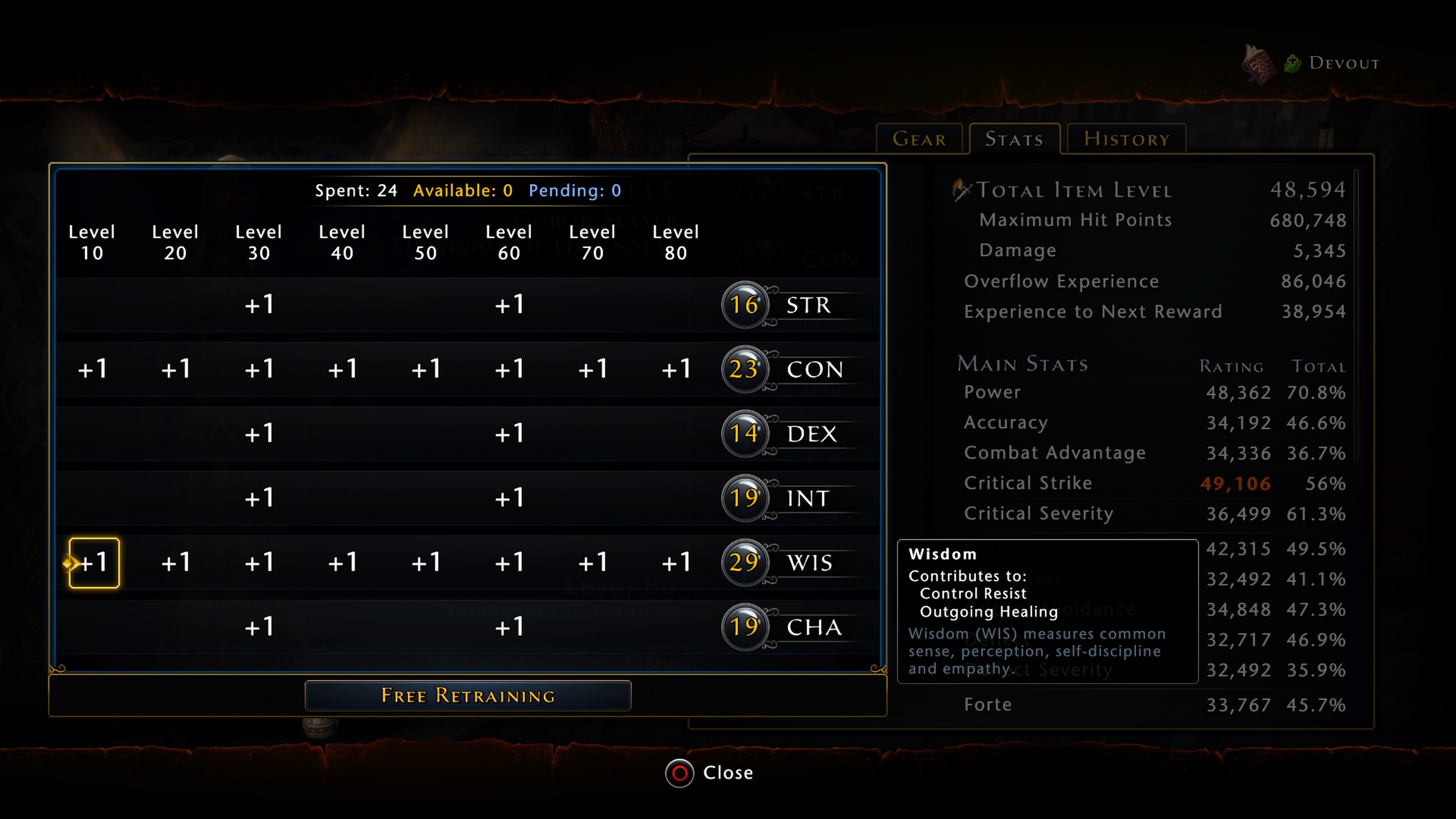 What do they do ?

When you create your character, you choose a Race and a Class. Your base Ability Scores depend on the Class you pick. On top of your base Ability Scores, the Race you pick gives you a +2 (or +3) bonus to 1, 2, or 3 Ability Scores. You can attribute 1 or 2 of those bonuses to the Ability Scores of your choice (either to a selection of them, or any of them, depending on the Race). Once picked, the only way to change these is to use a Race Reroll Token (which you can buy in the Zen Market for 750 Zen).

The obvious thing to do is to put your points into Constitution : you need HP to sustain damage, and Action Point Gain can be useful.

Charisma is the Ability Score that will boost your defensive stats the most, and will let you use your powers more often. You can also pick Dexterity for the Movement Speed (Tanks don't have a dash/teleport/sprint). If you are going on the offensive, Paladins mostly rely on Intelligence to deal more damage, contrarily to Fighters and Barbarians who rely mostly on Strength (which is also useful for the Stamina Gain, stamina being necessary to block). More damage means better aggro (which means monsters target you, instead of your friends, more easily).

The main healing stat is Outgoing Healing, and you get some from Wisdom, so go for it !

Then, the best way to boost your healing is to put your points into Charisma, as Forte will improve your Divinity or Soulweave Regeneration plus two other Stats. Dexterity is less efficient in terms of healing/damage mitigation, but gives you a small bonus to Movement Speed. Constitution is also a valid choice, for the HP and Action Point Gain, which are both very valuable for Healers.

As a Damage Dealer