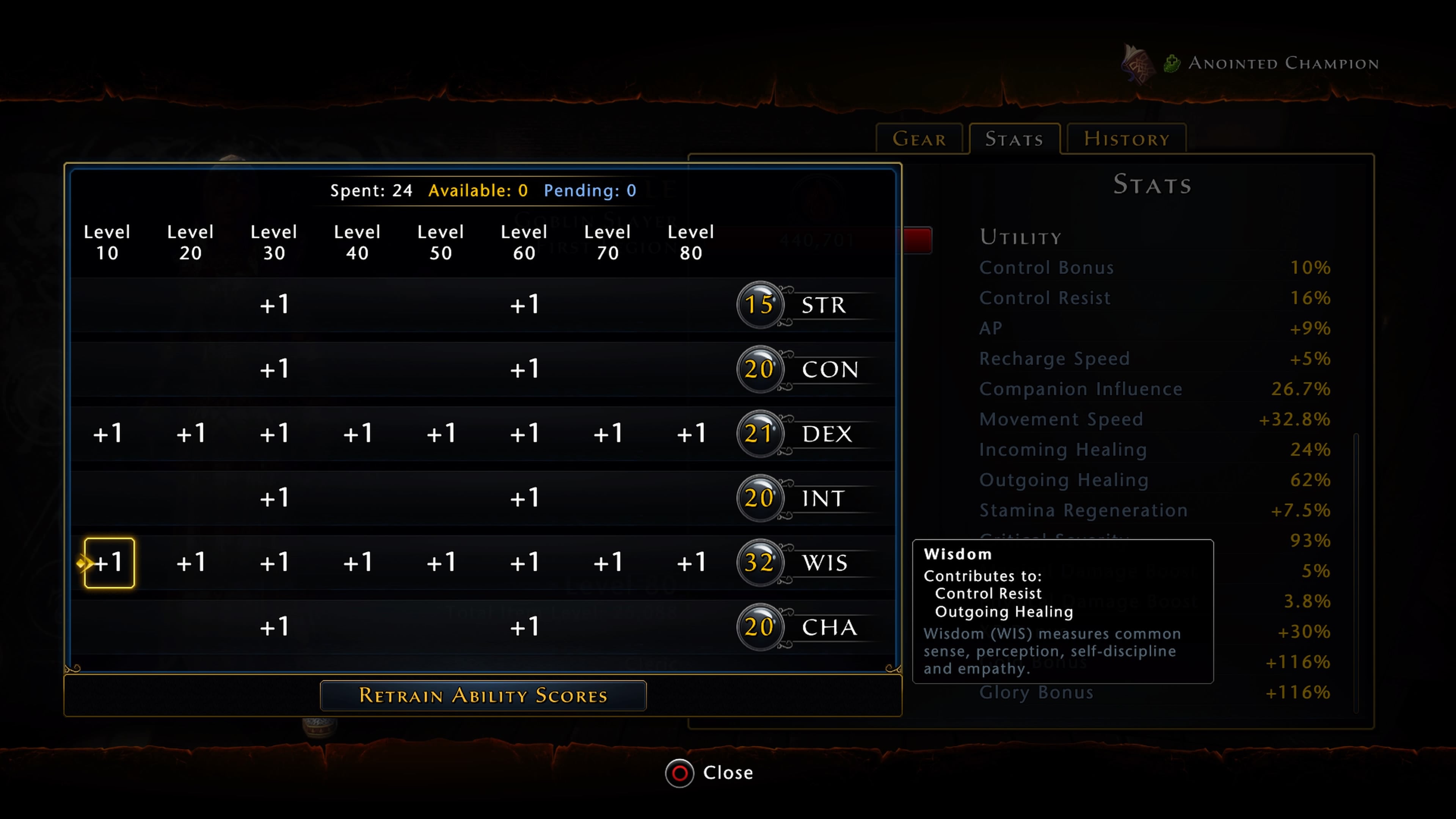 As you level up, you will get 6x2 points to improve your ability scores, +2 points in every one of them. It is obviously best to put 6 points in the 2 ability scores that matter the most for you. These points are bound to your loadout. This means you can have a different repartition of points in your different loadouts.

First, let’s review what 6 points in each stat can give you :

The obvious thing to do is to go full Strength/Constitution : you need HP to sustain damage, and stamina to block.

But you can also pick Dexterity for the movement speed (tanks don't have a dash/teleport/sprint). If you are going on the offensive, Paladins mostly rely on Intelligence to deal more damage, contrarily to Fighters and Barbarians who rely mostly on Strength.

Dexterity/Wisdom is the only way to boost your healing. But you can also pick Constitution instead of Dexterity for the extra HP and Action Point gain (which fill your daily Power).

As a Damage Dealer :

Theoretically, Charisma could improve your dps more than Dexterity on very long fights, but that's not the case in reality. Fights are usually not long enough for you to use hundreds of powers in a row with no interruption (there's movement, phases...), so a flat increase of damage through Critical Severity is often better than a short cooldown reduction. Besides, you want to maximize the damage you deal when enemies are debuffed, and it's better if everyone uses their debuff artifact at the same time. And movement speed is nice. Companion influence is really marginal and will only give you about 30 points in each stat per point in Charisma.